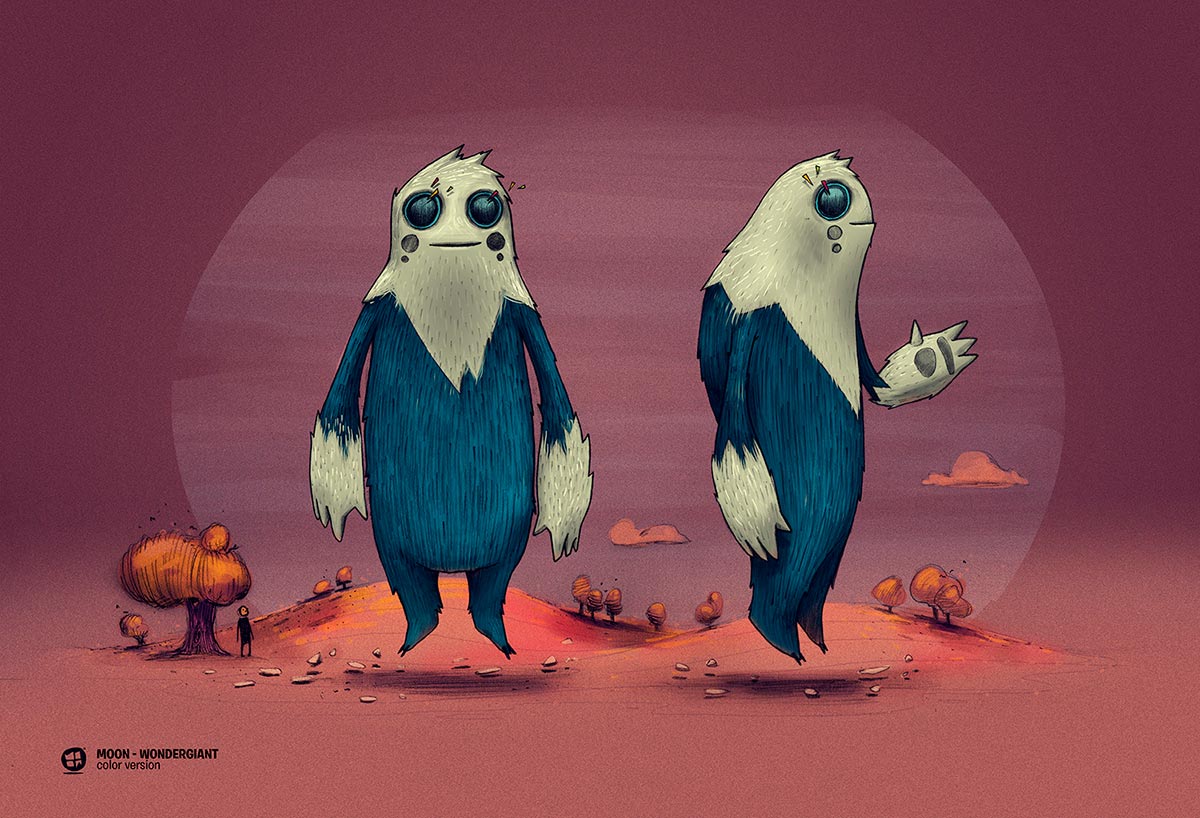 “What is the Wonder Giant?”

Aside from being the name of our creative group, the Wonder Giant is a mythical entity responsible for one’s curiosity and fervor to create something, anything. During those moments when you find yourself drifting off in thought, when time suddenly slips by you, that’s the Wonder Giant grabbing hold. The Wonder Giant is a gentle, thoughtful and kind creature. It has eyes which are wide and absorbing, able to take in all that is around it. Constantly observing so as not to miss a thing. Despite it’s notable characteristics however, the Giant can appear in different forms to different people. It wants to experience, it wants to reference and study, all to help find that which inspires and influences you most.

We knew from the start that our vision of the creature was going to encompass a warm and fuzzy quality. To look innocent yet have viewers still believe the Giant is capable of incredible things. It’s residual size is very large but can vary depending upon the situation and setting at hand. It has the ability to float which is why the legs are considerably smaller. The color of the Wonder Giant’s fur relate to the branding of the company and for those who look closely, our logo can be seen in the eyes of the creature. Around those eyes, colorful fragments orbit, revolving as curiosity and thought process. Perhaps enabling the Giant to focus on elements and images normally invisible to most.

We knew what we wanted our Giant to look like, but as most people know… it’s not always so easy to bring something from the mind into fruition. We commissioned the help of local Chicago artist’s Max Bare and Matt Pennetti. 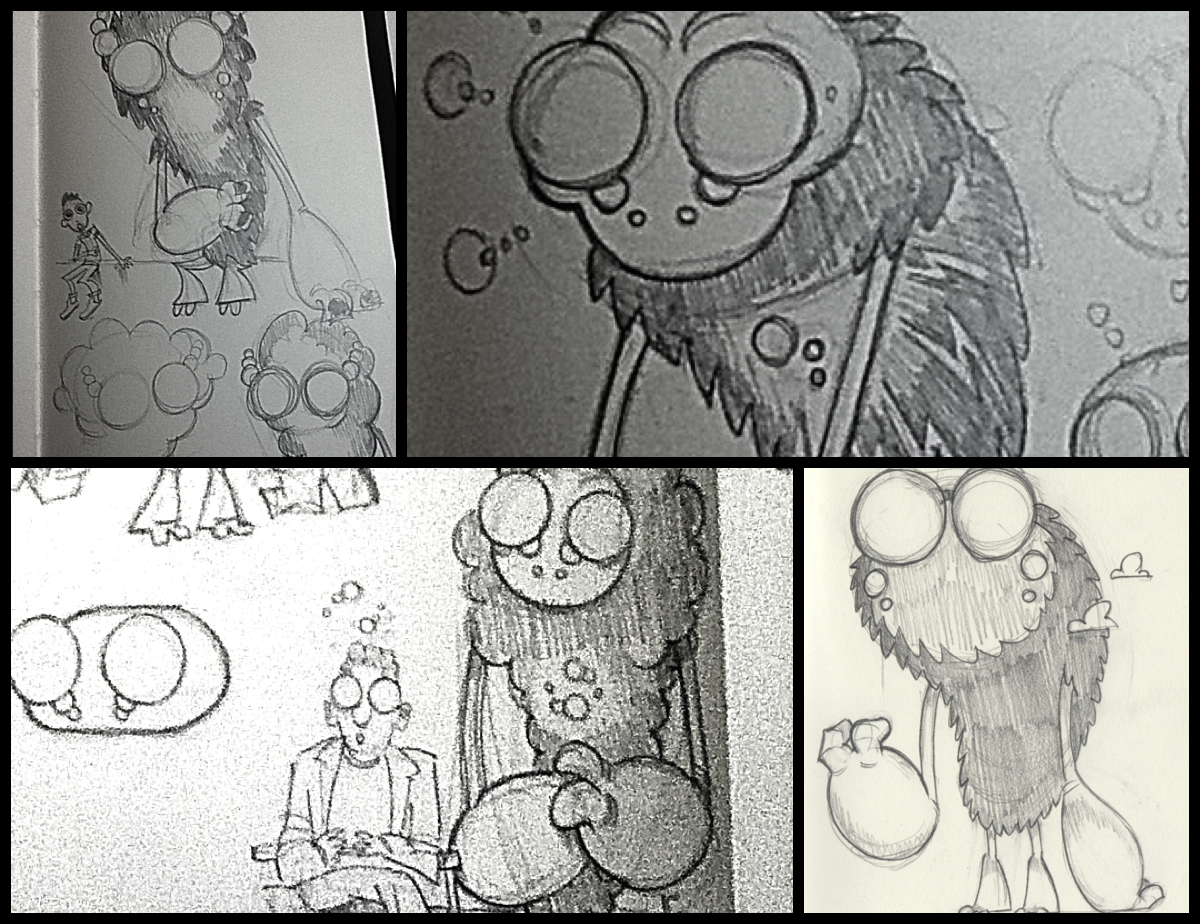 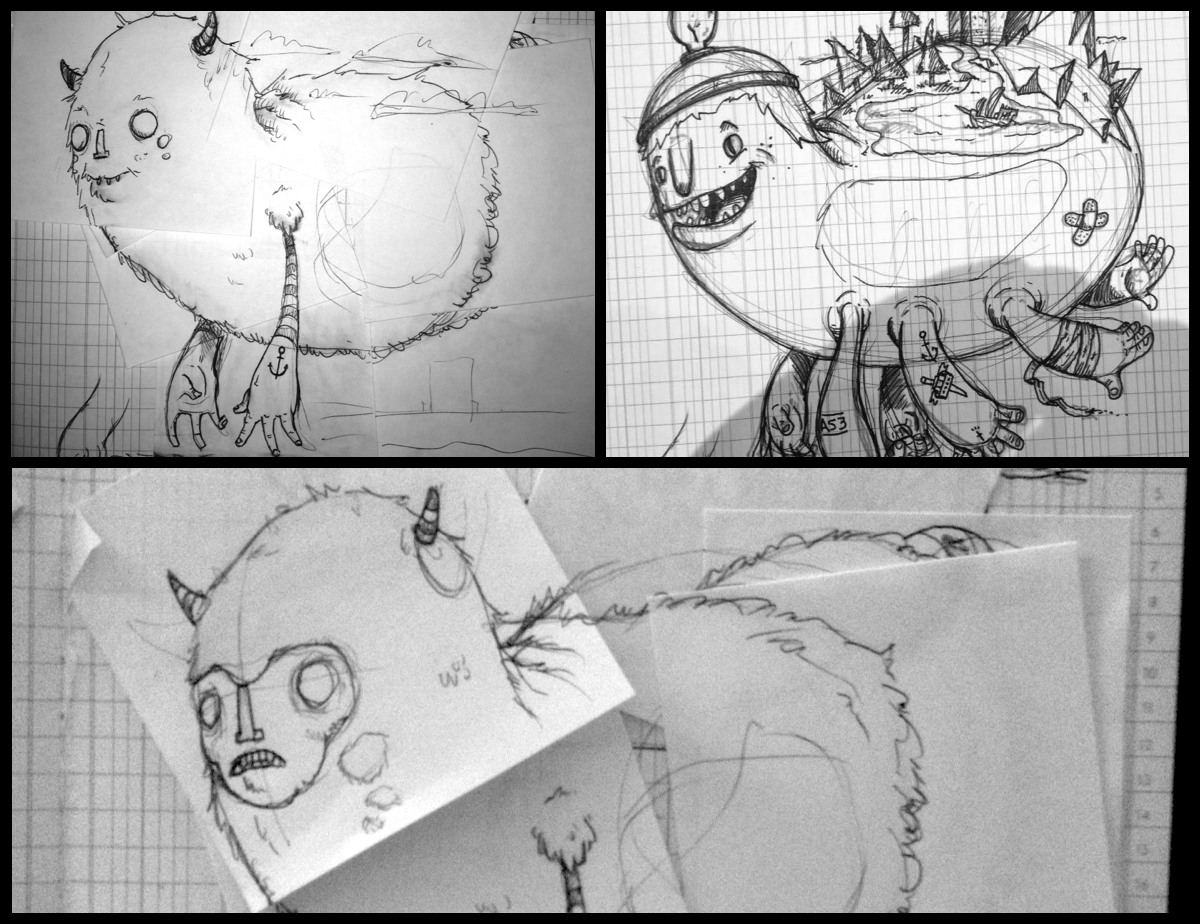 With their concept art the Wonder Giant was coming into view much more clearly. We were able to start honing in on specific qualities with further renditions. It wasn’t until coming across the piece Touching You by French artist Olivier Menanteau that we found a style that truly channeled the essence of our furry friend. After a couple conversations, Olivier was ready to begin conceptual renderings. From across the world, our idea of the Wonder Giant was growing closer to becoming a reality.

The Giant is Born

Unlike most creative endeavors, it took only a couple versions for us to see the figure which would soon be final. 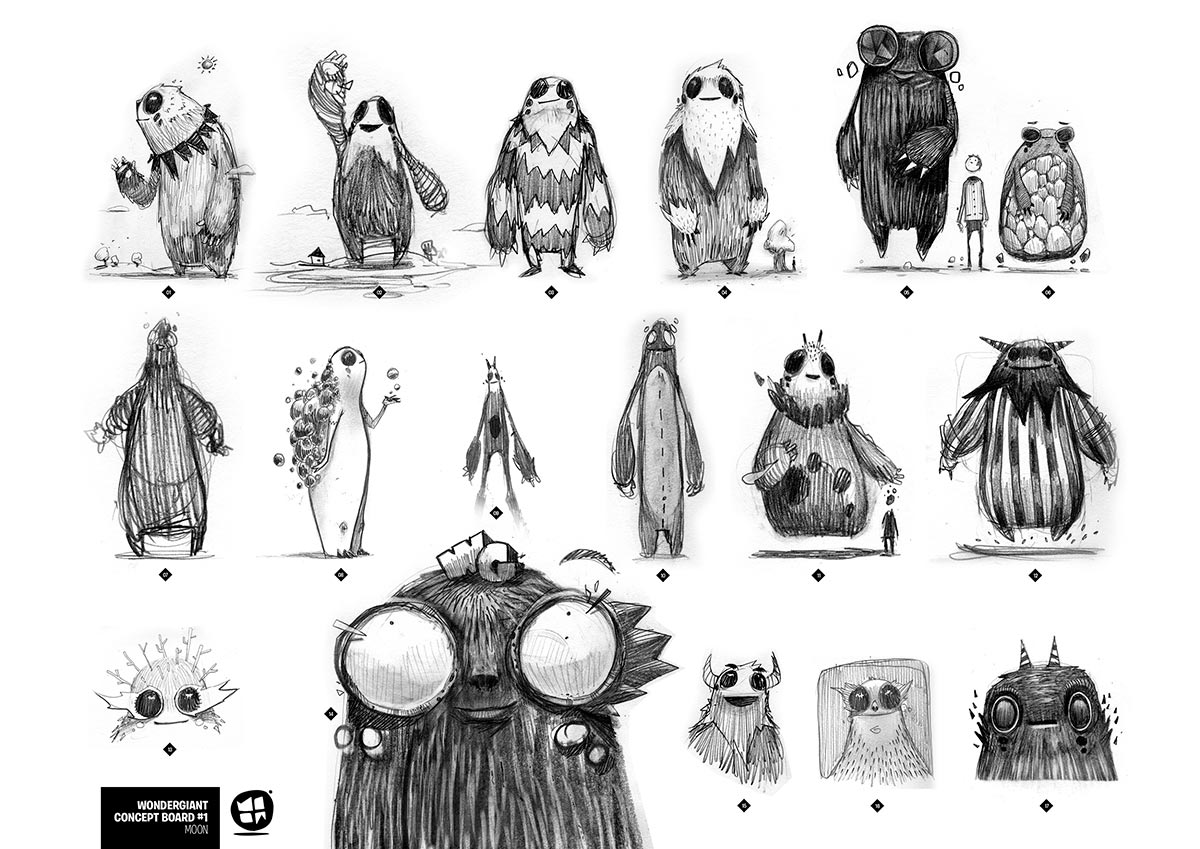 Olivier produced a collection of creatures based on specific input which were wonderful and after thousands of graphite strokes sketched meticulously upon one luscious paper canvas, from out of the nebula of creative synergy the WonderGiant was created!

Future of the Wonder Giant

This is just the start of many things the Wonder Giant will be. Fans can watch for a quality plush doll to cuddle or daydream with. You can also expect additional illustrations by Olivier and other guest artists will be popping up amongst the clouds in no time. 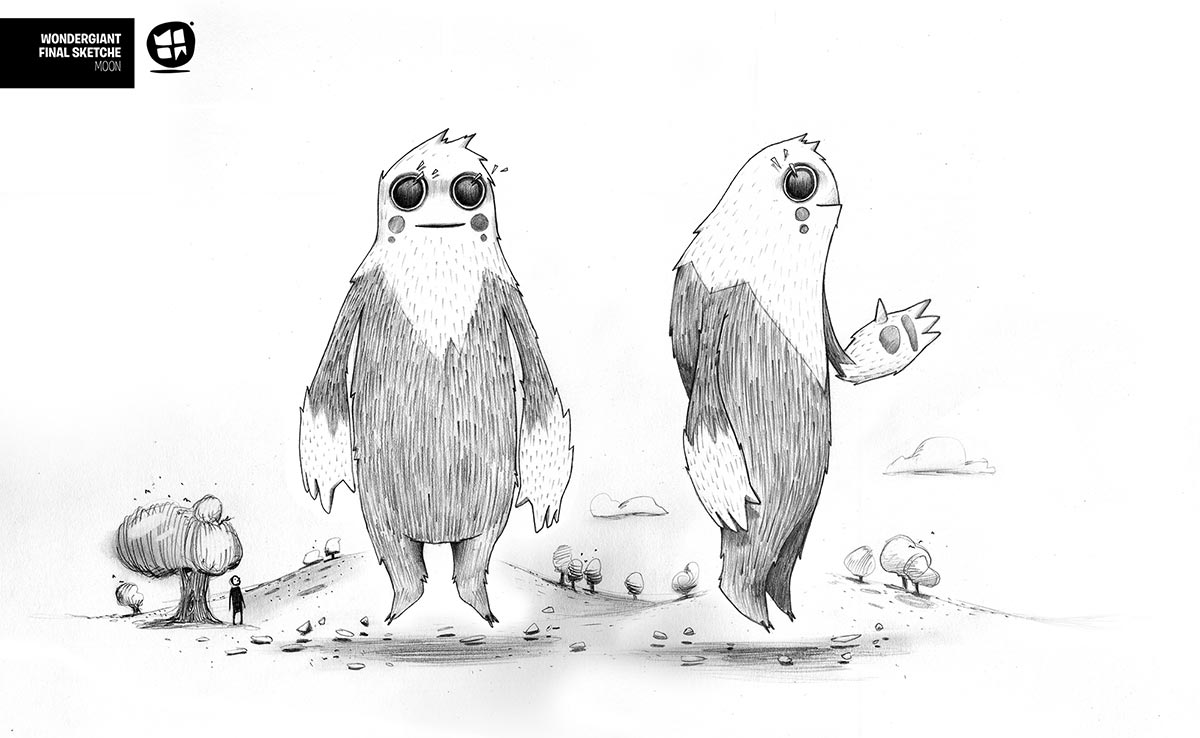