Jeff Leitner of The Insight Labs asked a number of artists to do a piece based on a topic for an upcoming Insight Lab. Our topic was NASA and its budget constraints, so we chose to create a piece that illustrated all of the federal budgets for NASA since its formation.

Each planet is generated dynamically in Flash to represent NASA’s budget as a percent of the total Federal budget, with the earth representing the scale of the total federal budget. The colors are programmatically sampled, pixel by pixel, from an important NASA related symbol of that year. For example a shuttle patch from a launch that year, or a Time magazine featuring NASA on the cover.

We creating two versions; One of them is in the style of a movie poster to give people context, and the other serves as an art piece for people to investigate at their own pace. 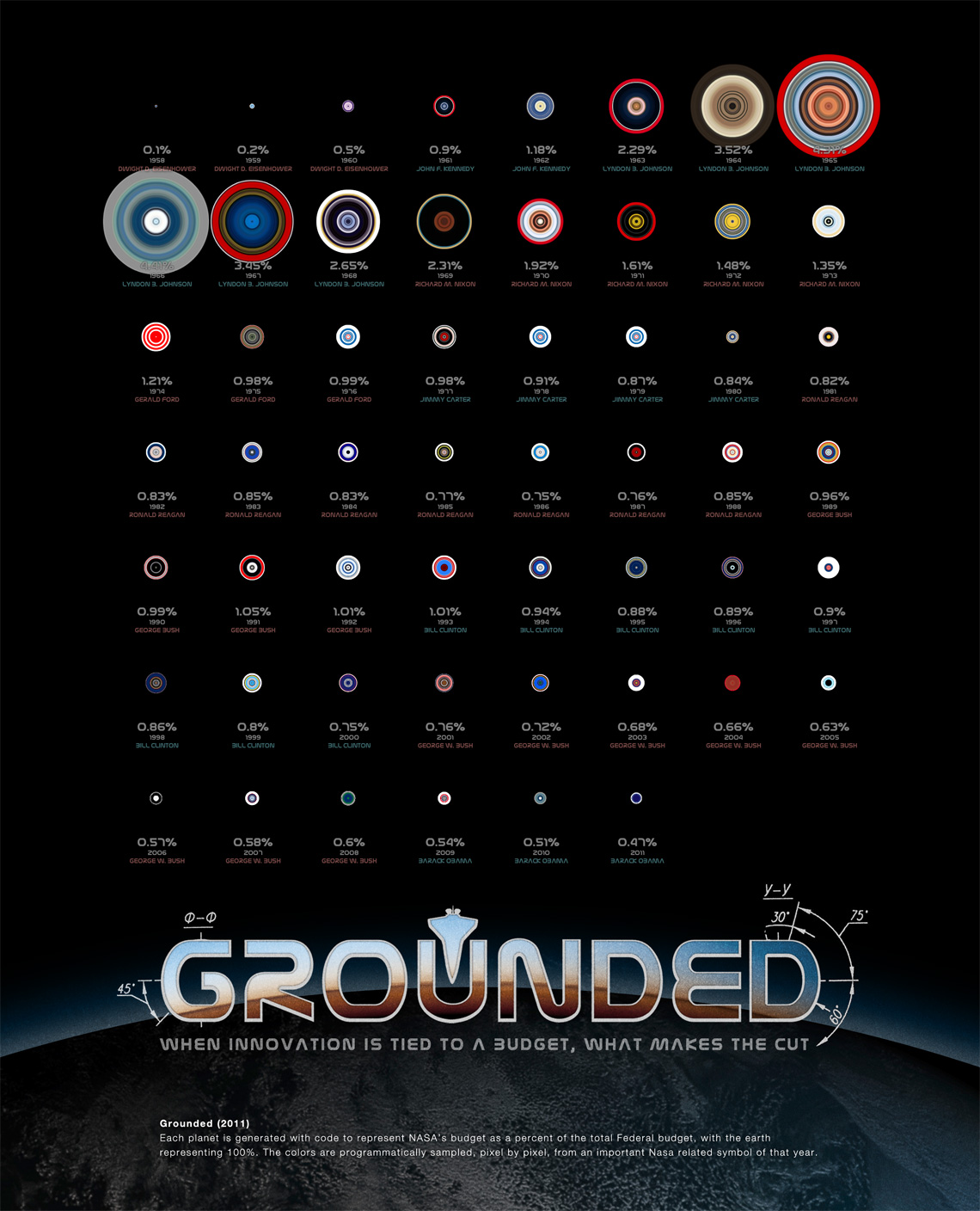 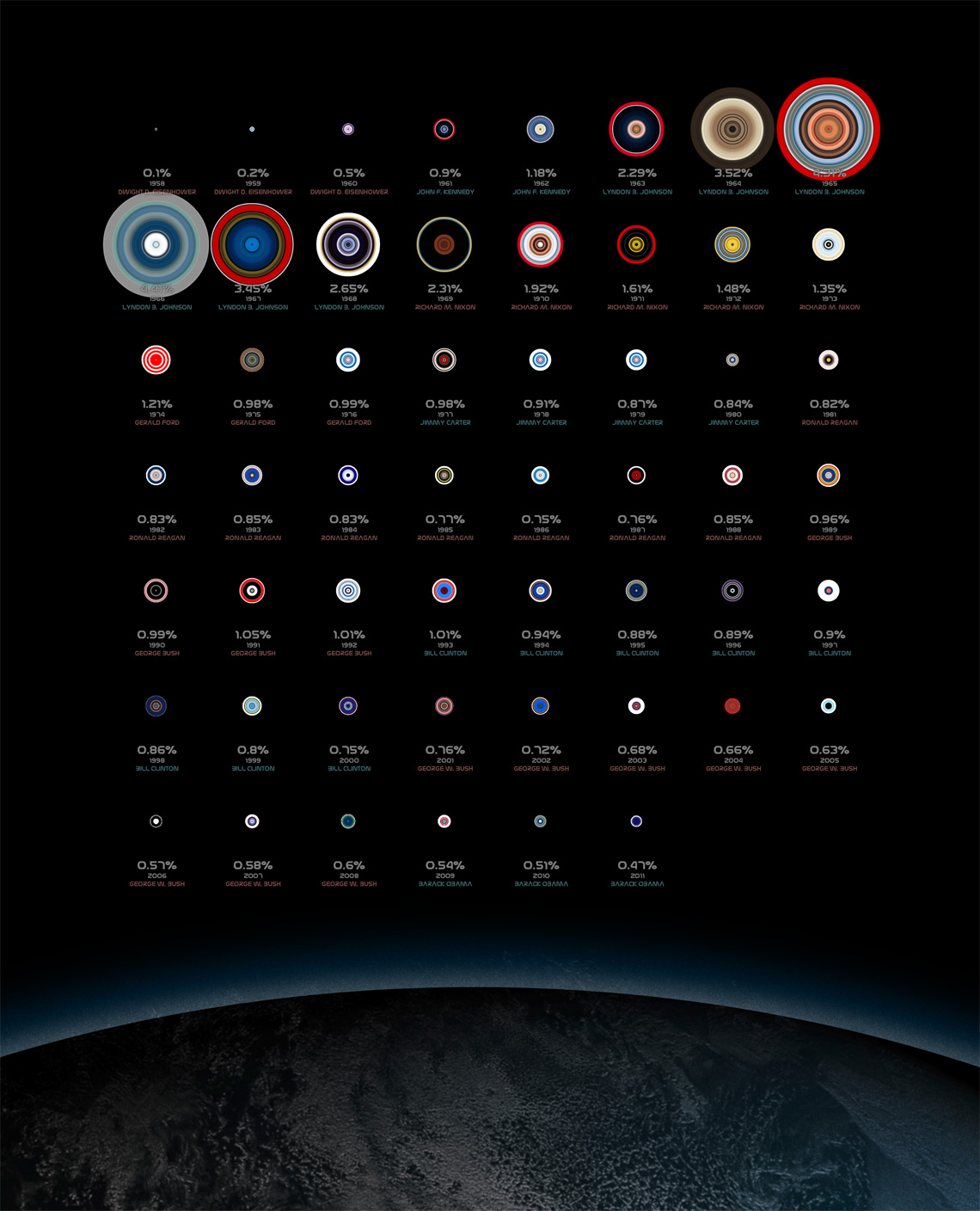