STATS, a sports player tracking technology company, came to Wonder Giant in need of a visual style and language for SportVU, their new sophisticated realtime data player tracker. The goal was to generate more interest from the public, and plant the seeds of the STATS brand as a go-to place for sport statistics. To do this they called for a well designed interface to express that data to fans and more.

Wonder Giant helped create the early versions of this interface, which included player speed, distance covered, reaction time, and possession time. The application of our design had to be flexible for use on screens such as a Jumbotron, mobile devices, as well as broadcast television graphics.

We had the idea that these player stat interfaces would essentially be a virtual baseball card. People can look at the “Fingerprint” (circle infographic) and instantly tell a players stats. 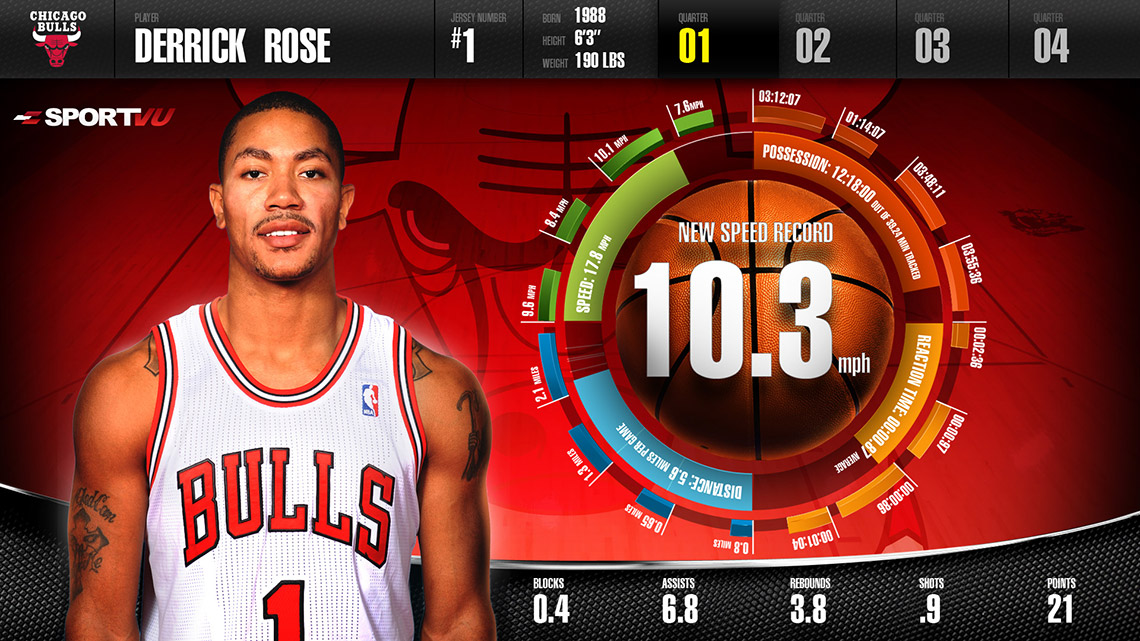 A mockup introducing a visual 'fingerprint' system to show the multiple stats recorded by SportVU during each game. The goal of this system was to have a quickly recognizable graphic for users to digest a lot of information visually. 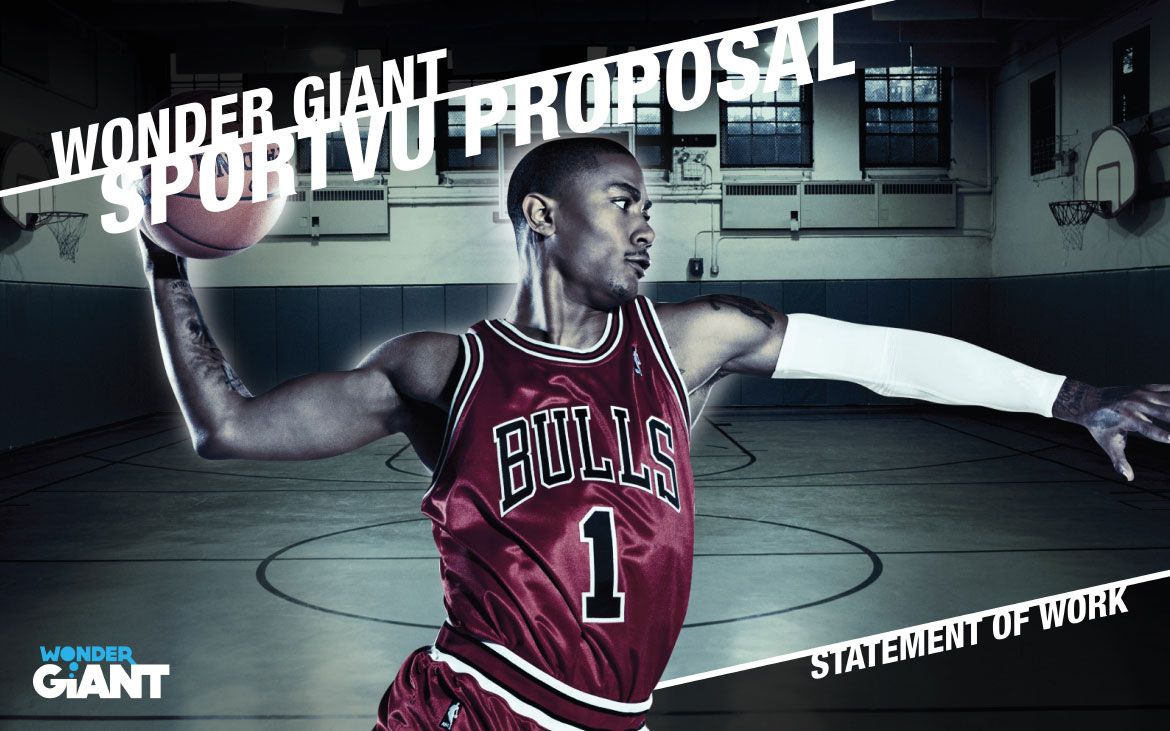 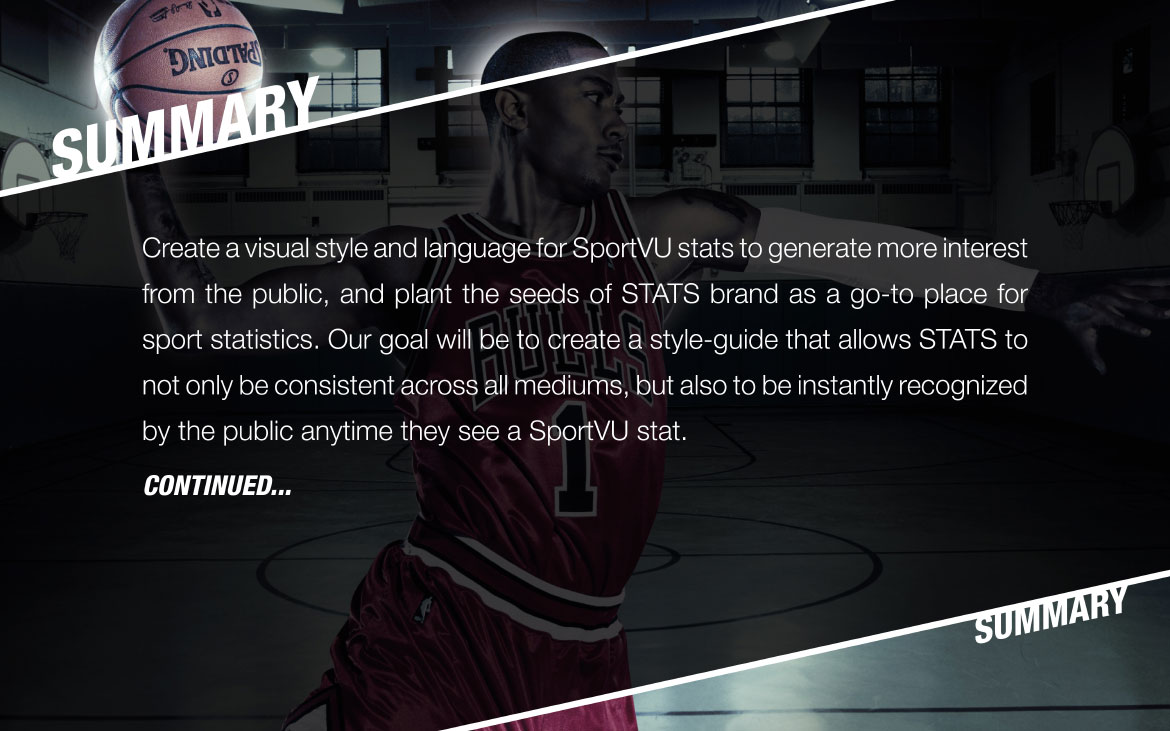