Street perception is an interactive exhibit we helped create for the Hermann & Audrey exhibit at the CONTACT photography festival. The project was a collaboration with producer and photographer Cory VanderPloeg and Scott McIntyre. They approached us with a concept that combines photography and motion graphics with an interactive display to challenge the viewers perception of a static image.

A webcam, mounted above the television screen captures the viewers presence and through motion recognition software, translates the viewers movements to the piece. As the user walks around the piece, the visual rotates around our subject with a familiar “bullet-time” effect.

Scott and Cory used 12 Canon 5D Mark IIs, and shot 12 images at one time to create the bullet time effect. Then 3D generated backgrounds were rendered, and both were brought into After Effects to start compositing. Once that was complete, we used Adobe Flash to sync these renders with the playhead of the footage. This allows us to track where the user is and change the angle of the image accordingly, to appear as if it were 3D. 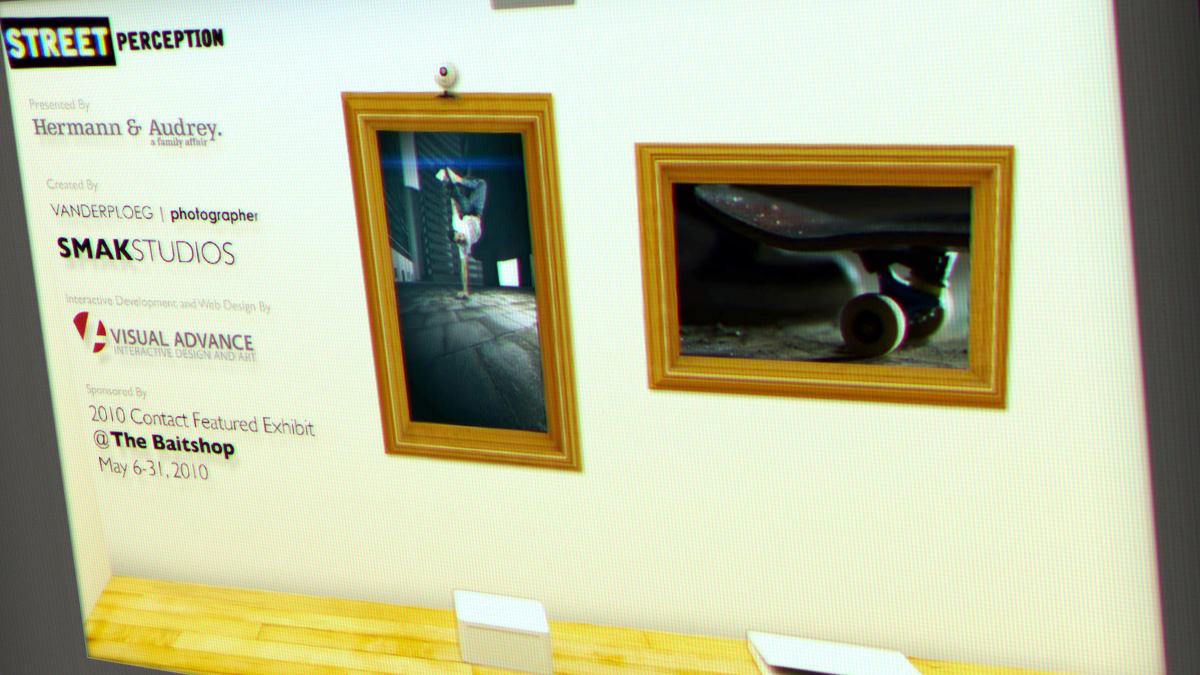 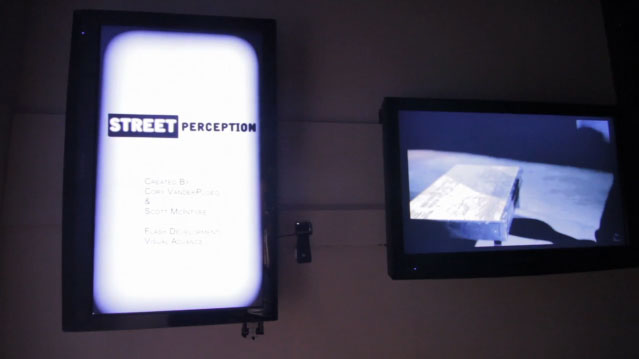